Most 25-year-old men are loathe to summon their parents to bail them out of trouble. Part of becoming a full-blown adult is learning to handle your own missteps. But to win the inaugural IC37 North American Championship, sailed this past weekend out of the New York Yacht Club Harbour Court in Newport, R.I., helmsman Nick Sertl had to do just that in the first race. A bad start had the Das Blau Max team looking at a whole fleet of transoms and the strong likelihood of a disappointing race to kick off the final regatta of the 2021 summer season. So he called on mom [Cory] and dad [Mark], who called tactics and trimmed main, respectively, on the family-oriented boat, and together they carved through the fleet to pull out a remarkable second.

“Our boatspeed was very good,” said Sertl. “Most of that I give credit to my dad, who’s trimming the main. It’s very sensitive. Two or three inches of mainsheet makes the difference between going fast and going slow. A fast boat makes the tactician look good, makes the driver looks good. I think we had all the gears clicking at this regatta where as in previous events we’ve been fast, but made bad decisions or had bad starts.”

The IC37 North American Championship was hosted by the New York Yacht Club Harbour Court in Newport, R.I., from October 1 to 3. The regatta was the final event of the summer 2021 IC37 regatta calendar and featured 17 Corinthian teams battling for top honors over eight races on Rhode Island Sound and Narragansett Bay. The IC37 class was created by the New York Yacht Club to promote one-design competition for amateur sailors. The high-performance 37-foot keelboat was designed by Mark Mills, and strict class rules ensure the most-level playing field in big-boat sailing. The class’s inaugural North American Championship was sponsored by Cadre, Hammetts Hotel, Safe Harbor Marinas and Musto.

That opening race would prove key for a second reason. While Das Blau Maxground back to second, another team saw a strong finish evaporate when it learned after the race that it had crossed the starting line just a few seconds early. Members Only, led by Hannah Swett and Ben Kinney, was eventually able to discard that 18-point penalty for starting early, and sail into the lead on the penultimate race. But Swett, Kinney and company started the final race with no margin for error. Das Blau Max had finished no worse than seventh in the first seven races of the 8-race series and could clinch the championship by forcing Members Only into a poor result. 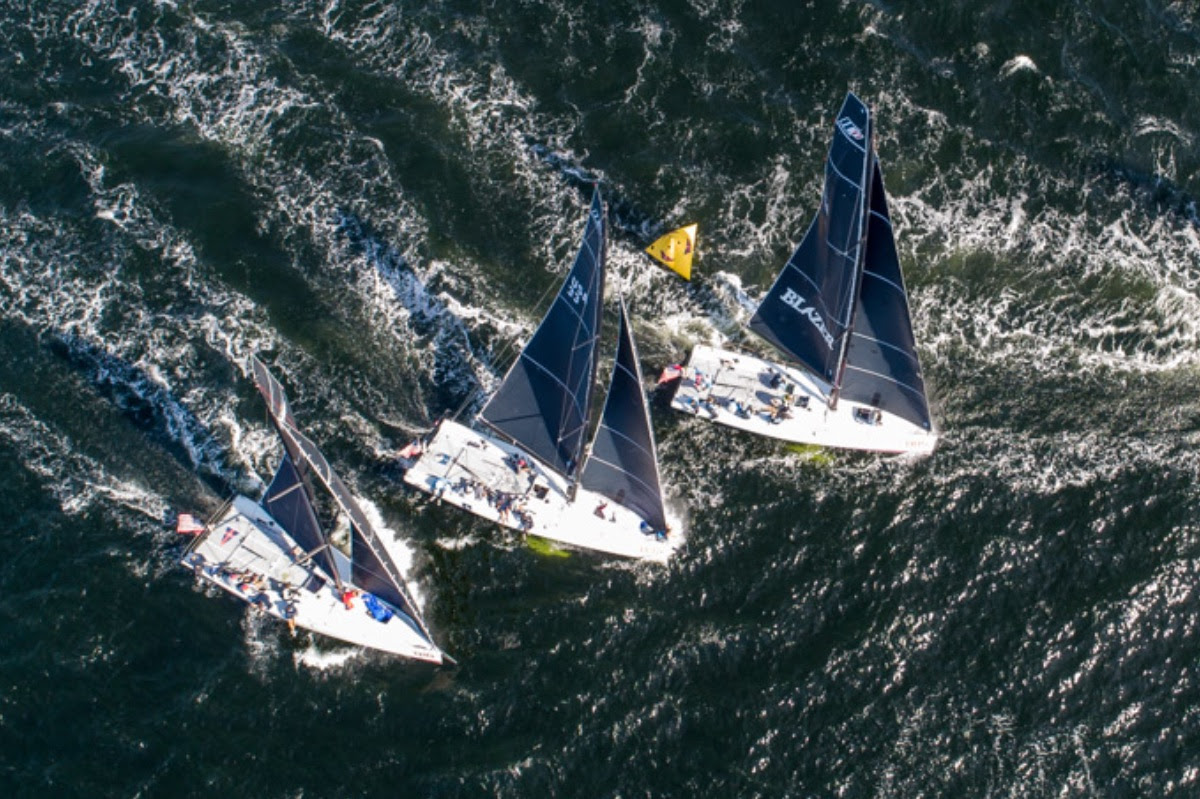 “We did the math before the race,” said Nick Sertl. “Our worst race to that point was a seventh and Members Only had [the disqualification], so if they sailed an 11th or worse we would win the regatta [regardless of Das Blau Max‘s finish in that race]. So our plan was to pin them out at the start or push them over or something like that.”

“I failed at it at the 2013 Lightning Junior Worlds,” said Nick Sertl. “We were in the same situation, and the other boat got around us and they beat us.

“There was a moment [today] when we were both on port and pretty close together and then a boat tacked and [Members Only] had to duck them and we went from being half a boatlength ahead of them to two and a half boatlengths ahead. From there on, it was a little more under control. But there were definitely some nervous moments on the boat.” 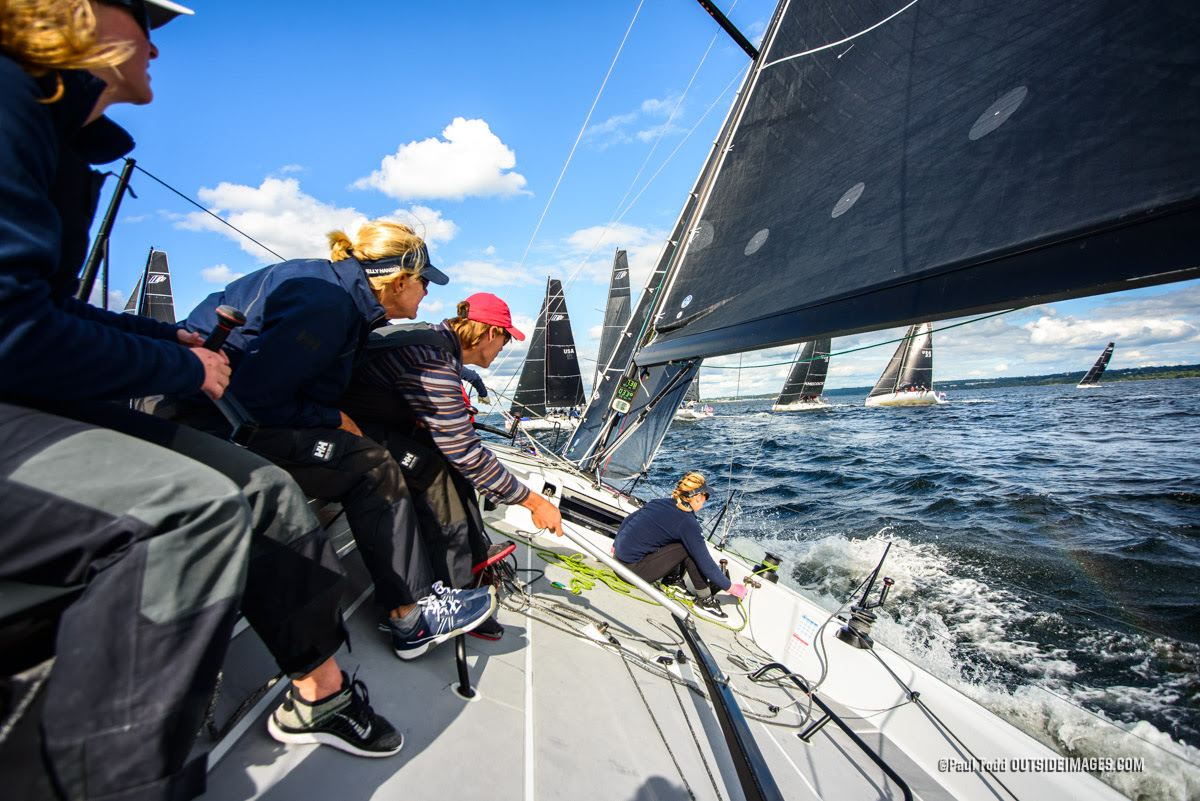 After essentially matching racing the Members Only team around all five legs of the final race, Das Blau Max (at right, on Thursday’s practice day) finished 15th, with Members Only in 17th, clinching the championship for the Sertl team, which also included Katja, Nick’s sister, on the crew.

“We definitely do [appreciate doing this as a family],” said Nick Sertl. “We have a lot of opinions on the boat and we’re not afraid to express them. But every time we’re home for Christmas and see the photos of us sailing together, I think, ‘That was a real blast sailing together last summer, and I’m really glad we got to do that.'”

With a fourth in the final race. Doug Newhouse’s Yonder team was able to slip past Members Only for second. Finishing fourth in the regatta was the Ed Whitmore’s Ticket. It’s been a long season of learning and growing as a team for Whitmore’s crew, which includes Andy Giglia, the event chair for the IC37 North American Championship. But this result made all the hard work worthwhile.

“The wind was very shifty, so you need to be able to execute all the maneuvers and keep the boat moving,” said Giglia. “We’ve sailed every [IC37] regatta this year, and, for us, this was a huge step up because we were not competing at this level. Our crewwork has gotten phenomenal and our tactics are real good, and it all came together. At the Nationals [in July], we were sixth and we eked out a fourth here. We’re very excited.”

According to Giglia, the Ticket team will continue to climb the learning curve at the 2021-’22 IC37 Winter Series in Fort Lauderdale, Fla.

For the majority of the crews at this regatta, however, it will be six months or more before they reconvene in the spring of 2022 to look ahead to another season of the best one-design keelboat racing on the planet. 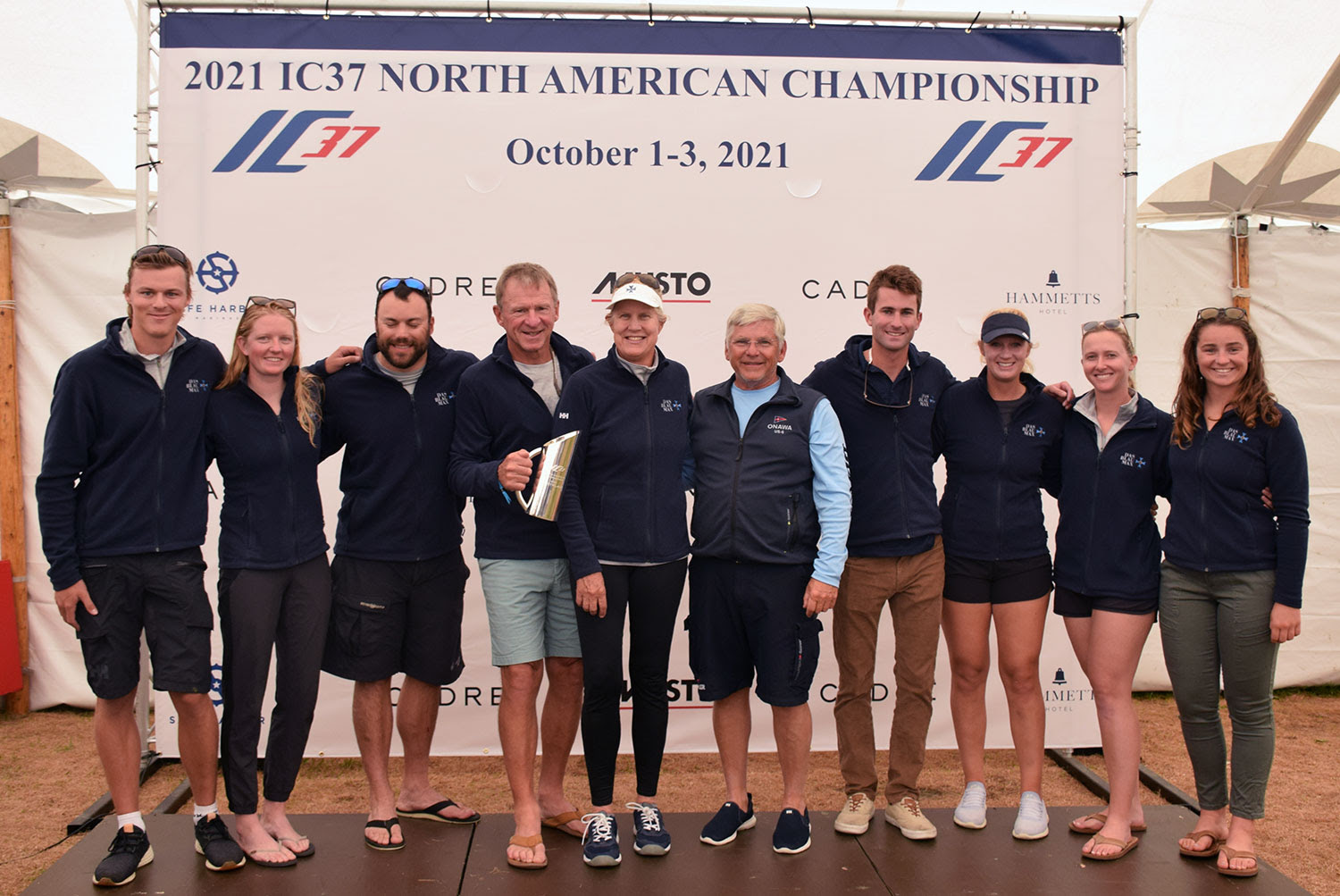