An unscheduled day off in the midst of a weeklong regatta is always a nice chance to recover. When it gets announced at 5 pm the day prior, it’s truly a gift. Saturday afternoon, with a solid day of practice in the rearview mirror and a forecast for 30-plus the following day, the Race Committee for the 2021 Rolex New York Yacht Club Invitational Cup made the decision to cancel all sailing activity for Sunday. The net result was a 24-hour furlough for the 166 sailors competing in the sailing’s premiere Corinthian championship.

Once the schedule change was announced, the big question was what to do with the time. Golf was brought up. Newport’s always good for sightseeing, or shopping. One unnamed sailor didn’t bother weighing the options. “I think we’re going to go big tonight,” he said in the lilting brogue of his native land. While this regatta prides itself on the high standard of organization and competition, it’s always worth a reminder that the participants are Corinthian sailors, taking time away from work and family to compete. In other words, the whole experience is supposed to be fun. And in Newport there are few things more fun than a Saturday night on the town.

The Rolex New York Yacht Club Invitational Cup is a biennial regatta hosted by the New York Yacht Club Harbour Court in Newport, R.I. Since the event was first run in 2009, it has attracted top amateur sailors from 48 of the world’s most prestigious yacht clubs from 21 countries. After five editions in the Swan 42 class, the 2021 event will be the second sailed in the IC37, designed by Mark Mills. The strict one-design nature of this purpose-built class combined with the fact that each boat is owned and maintained by the New York Yacht Club, will ensure a level playing field not seen in any other amateur big-boat sailing competition. The regatta will run from Saturday, September 11, through Saturday, September 18, with racing starting on Tuesday, September 14. A live broadcast on Facebook and YouTube, starting on Wednesday, September 15, will allow fellow club members, friends, family and sailing fans from around the world follow the action as it happens. Nineteen teams from nine countries will compete in 2021. The 2021 Rolex New York Yacht Club Invitational Cup is brought to you by title sponsor Rolex and regatta sponsors Helly Hansen and Hammetts Hotel.

Dusty, rested or somewhere in between, the teams reconvened at Harbour Court Sunday afternoon for a series of mandatory briefings, and the focus quickly returned to a more serious task at hand, winning. The first race is scheduled for Tuesday morning at 11 am. Like with many big sailing events, experience in the event and at the venue is often crucial to success. Of the six previous Invitational Cup regattas, only two were won by first-time competitors, and one of those was the inaugural event in 2009, won by the host club. This year there are four clubs competing for the first time. 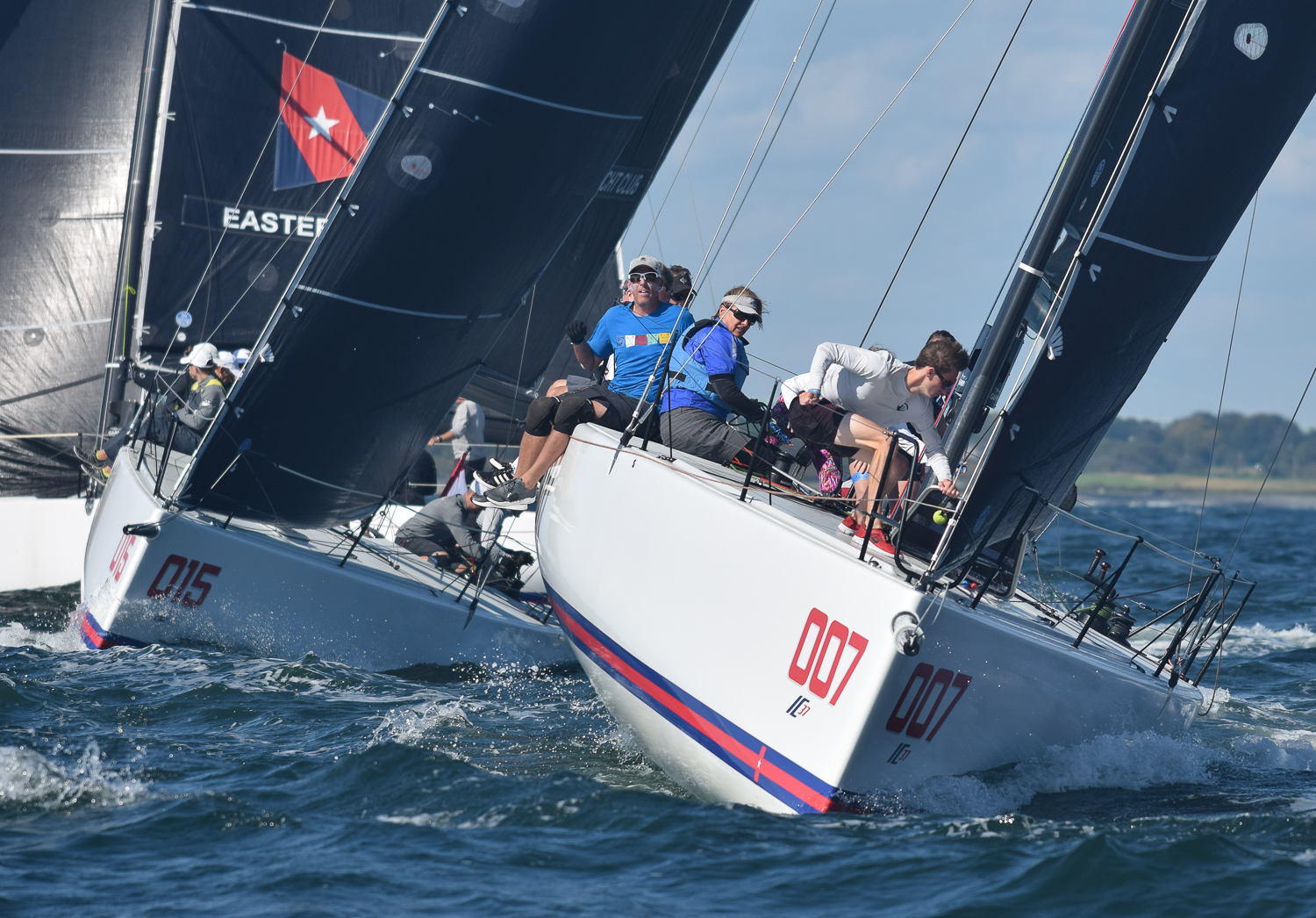 Karl Ziegler, who will skipper Noroton Yacht Club’s first entry into the regatta, was measured with his expectations.

“We got here early because we’re just trying to figure the boats out,” he said. “We have a lot of good sailors on the boat, we’re just not experienced with this boat. We hope we can put it together and be competitive.”

Howth skipper Darren Wright also leaned on his countrymen from Royal Cork Yacht Club, which has sailed in every edition of the Invitational Cup.

“I’ve been talking to the [Royal Cork Yacht Club] guys a bit and they’ve given us some shortcuts to learning the boat,” Wright said.

“I know Terry very well, I’ve raced against him in match racing and he’s a ferocious competitor,” said Nigel Cochrane, co-helm for Royal Vancouver. “We’re going to try to learn as much as we can from him. He’s already done a bunch of Zoom calls for us and is helping us understand the boats. Hopefully we can get two Canadian teams performing well here. 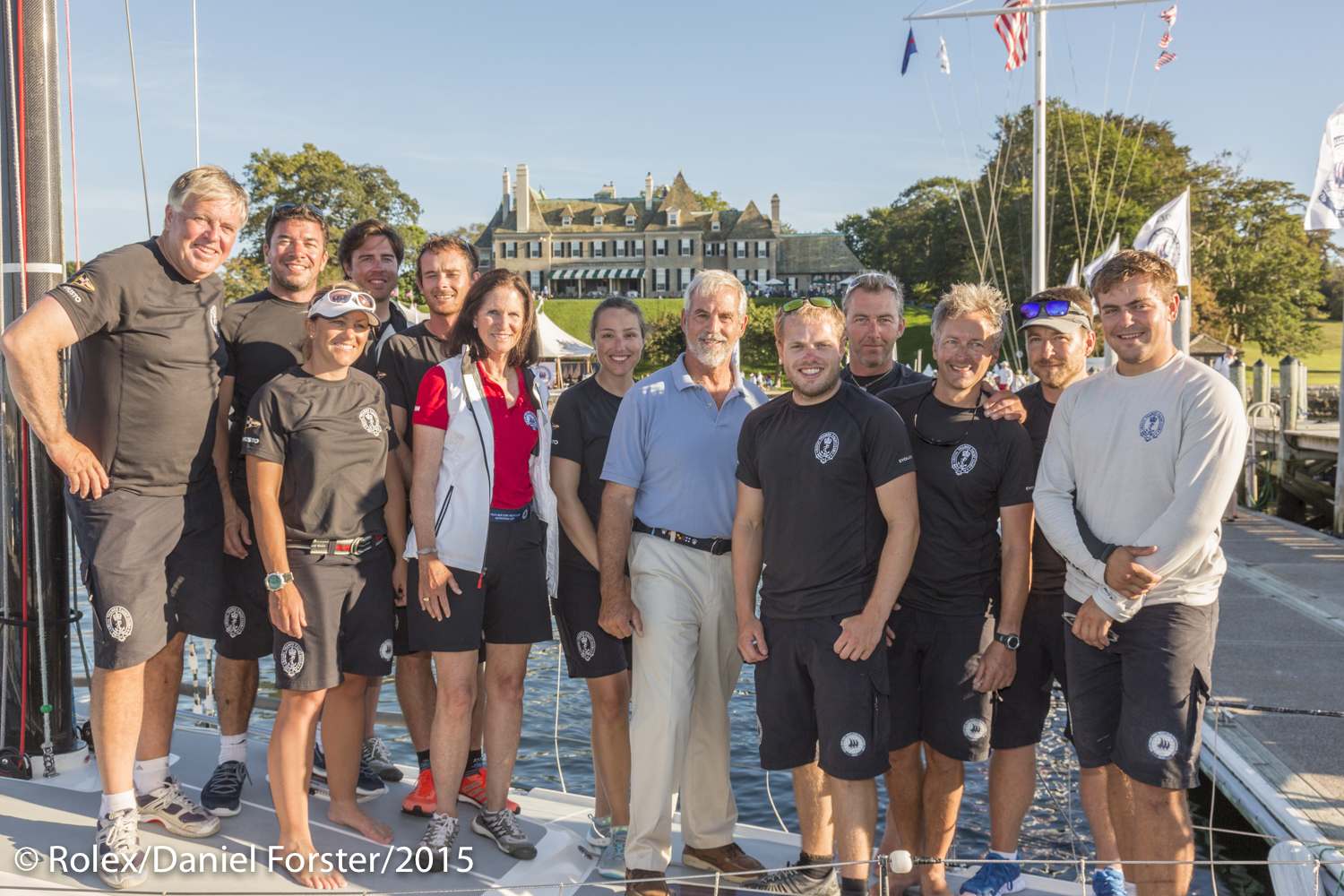 For at least one of the more experienced teams, however, there is little ambiguity as to the ultimate goal.

“I think to win once can be put down to a bit of luck on the day or a bit of conservatism,” says Royal Thames Yacht Club captain William Edwards (far left), who led his squad to victory in 2015. “But to do it twice is not arguable. We brought the British Olympic Coach with us this year to stiffen it up.”

When asked specifically how a coach benefits the team, Edwards had this to say:

“As I said to him, ‘These are amateur yachtsmen. The problem is not so much teaching them how to sail, they’re pretty good at that, it’s keeping them out of the bar.’ It’s like herding cats. But now we have an expert for that, and I hope that will make the difference.”