Mateo and Simón Codoñer have won two golds, the overall win and the under 17 win, while Martina Lodos and Martina Díaz-Salguero won in the under 17 female category. Quicorras Urios and Filippo Benetti won silver and Paula and Isabel Laiseca won bronze overall.

Spain shone in the Zhik 29er 2021 Worlds Cup which concluded today at RCN in Valencia after six days of competition, in which 193 sailors from 24 countries took part. Spain achieved 2 gold medals, 1 silver and 1 bronze, with two clubs as the fore: RCN Valencia and RNC Gran Canaria standing at the top of the podium. 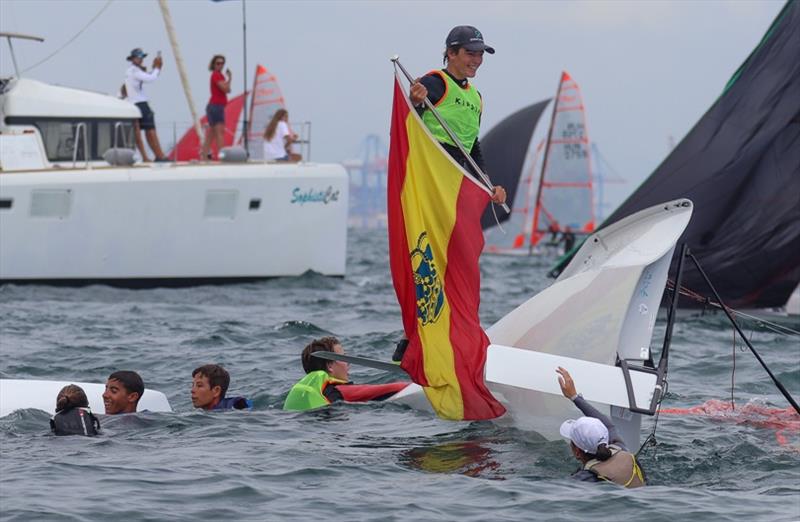 It was a final day full of emotion, given the tightness of the provisional rankings with small differences between those at the top, In the case of Quicorras Urios and Filippo Benetti (RCN Valencia), yesterday were off the podium and today they won the silver medal.

Simón and Mateo Codoñer (RCN Valencia) have shone with their own light in this world championship which they just won. The Codoñer brothers, current champions of Spain, have known how to defend with the the minimum advantage with which they faced this last day. It was enough for them to not risk too much at the start and not getting into any one-on-one battles and with race results of 4th and 5th today they became world champions with 53 points. 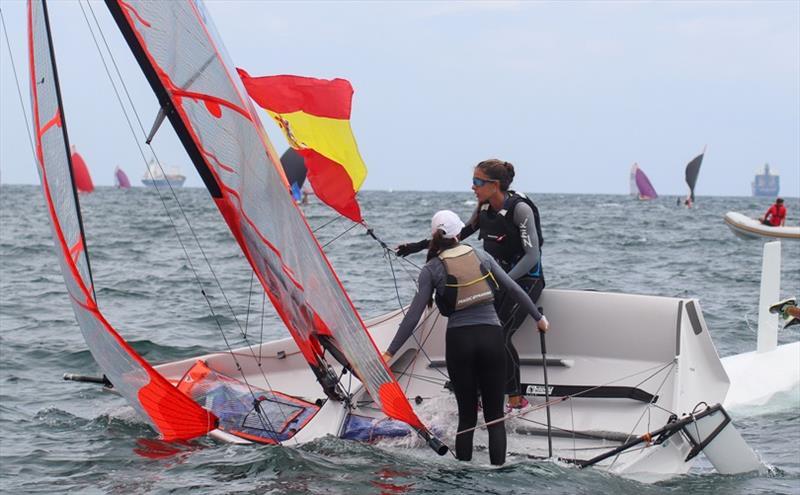 Silver went to Urios and Benetti (2-7 today) who finished with 61 points. The bronze overall went to the Danes Jens Christian and Jens-Philip Dehn-Toftehoj with 65 points. As for the women, the French team of Chloé Revil and Nell Castilla hung onto the gold medal, followed by the Danish team of Rebekka Johannesen and Slije Cerup-Simonsen, while the bronze went to the Las Palmas team of Paula and Isabel Laiseca (RCN Gran Canaria).

As regards the U17 category, accompanied on the podium by the Codoñer brothers, world champions, are the French pair of Hugo Revil and Karl Devaux who won silver, and the Germans Carl Krause and Max Georgi who took bronze. In the women’s U17 category, Martina Lodos and Martina Díaz-Salguero (RCN Gran Canaria) won. Silver and bronze went to the French team of Caroline Pennetier and Fleur Babin and the Slovenians Alja Petric and Katja Filipic respectively. 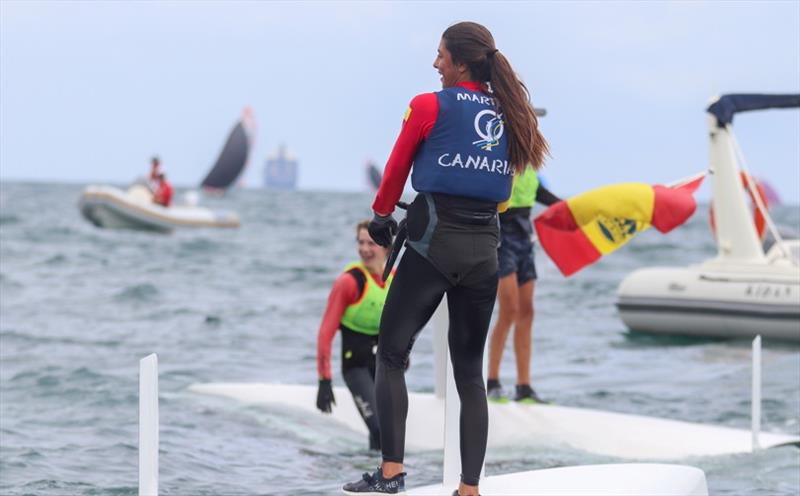 Spain, as a country, has been awarded the Nations Cup title, which recognizes the results at the global level of all national representatives who have participated in the World Cup.

The award ceremony was attended by Pilar Bernabé, Councilor for Sports at the Valencia City Council; Miguel Aragón, from the Government Sub-delegation; Alfredo Cordón, Naval Commander of Valencia and Castellón; Joan Mollerus, president of the 29er international class and Alejandro Fliquete, president of RCN Valencia, among other personalities. 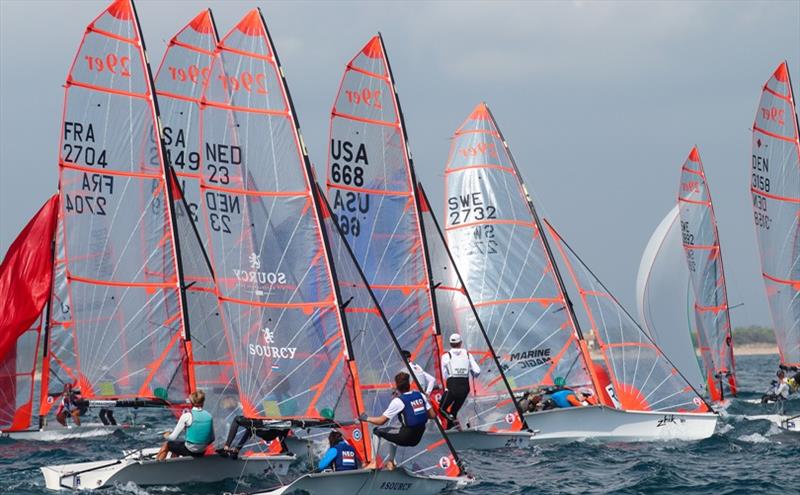 Quote from Mateo and Simón Codoñer:

“We have made many friends, many foreign people and let’s see if in the future we will meet again. As we have won at home, they have made us a pretty cool celebration, they have put us on the boats and it could not be the truth more welcoming, we are very lucky to be brothers, and in the end we support each other a lot, in the good times and the bad times, and sports, sailing, the 29th, because the truth that helps us free ourselves, so to speak, from studies and the hours we work outside of school. Being brothers we get along much better, everything we decide, we both think the same, and it helps us a lot because since we are from the same family, our parents support us a lot and I think it is the best thing we have done.

“Our father fished when he was little and he always liked the sea and he told us one day of sailing, when we were 7 years old and we liked it so much that now we are here. We did not know what a rudder was and now we are world champions.” 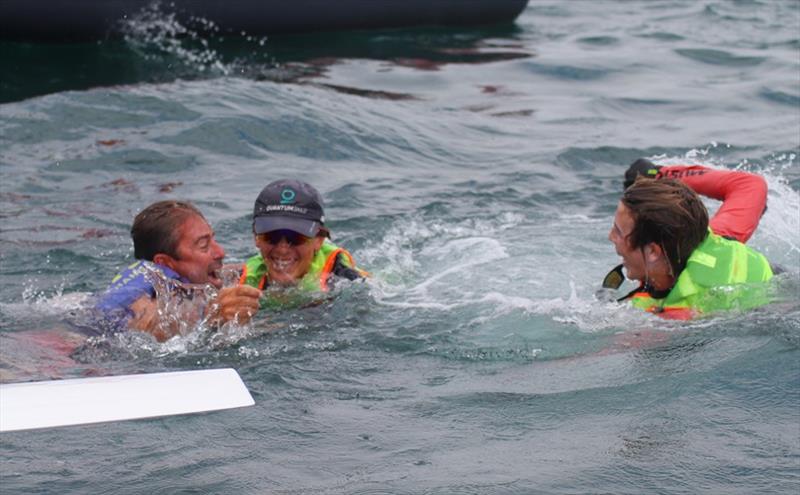 Find out more at 29erworlds.org

All of the winners – Pep Portas

Shaking it up for Semis at Congressional Cup: Poole, Berntsson, Monnin & Canfield