This statement is in response to the call by Mark Dunphy of Greymouth Petroleum for Grant Dalton to stand down as CEO of Emirates Team New Zealand.

As dedicated members of Emirates Team New Zealand some of us have been part of this team and in the America’s Cup for longer than many, including Dalts. We have experienced the good and bad, the wins and the losses and everything in-between and that makes us well qualified to say who we think is best to lead this team to defending and winning the 37th America’s Cup. For an assumption to be made that as a group of people we would simply welcome the departure of someone like Dalts, who has achieved more and given more than you could ever imagine to this team, to our country and to other people, is mind boggling.

After a single phone call with Dalts and refusal to meet with management or the ETNZ Board, in our opinion Mr Dunphy has publicly undermined our team structure. In addition, he has undermined the absolute dedication and commitment that Dalts has displayed relentlessly since 2003 when taking over the running of what were the ashes of a defeated team, to build it back up to be the most successful America’s Cup team in modern history with our proud yacht club, the Royal New Zealand Yacht Squadron.

If anyone has proven they can raise money for the team it’s Dalts. To keep the team afloat over the last 18 years he has raised over $500 million in sponsorship for this team to be able to proudly put New Zealand technology, innovation and sporting talent on a global stage, so much so that many of the biggest brands in the world want to associate with us.

Of course, Dalts would not claim to have done this on his own, but what he has done is harness the unbeatable power of ‘the team’. Something money cannot buy and something which Mr Dunphy has clearly underestimated by assuming that he can just buy into at Dalts’ expense.

We are all incredibly proud of this team. It has one of the most admired organisational cultures in sport. People apply to be part of the team from all around the world. Every one of us (including Dalts) knows we are lucky to be part of it, but with a very clear understanding that ‘the team’ and its legacy are bigger than any one of us. It is naïve to think that management of an organisation like this can be replaced so easily.

No individual has ever won the America’s Cup. There is never a place in this team for individuals who act with self-interest before putting the team, their teammates, and the sole objective of winning the America’s Cup first – no matter where it is.

Our ‘Team New Zealand’ is our team, with Dalts at the heart of it. He is a major driver of the team’s performance and right now Mr Dunphy’s actions are compromising our performance towards winning the 37th America’s Cup. 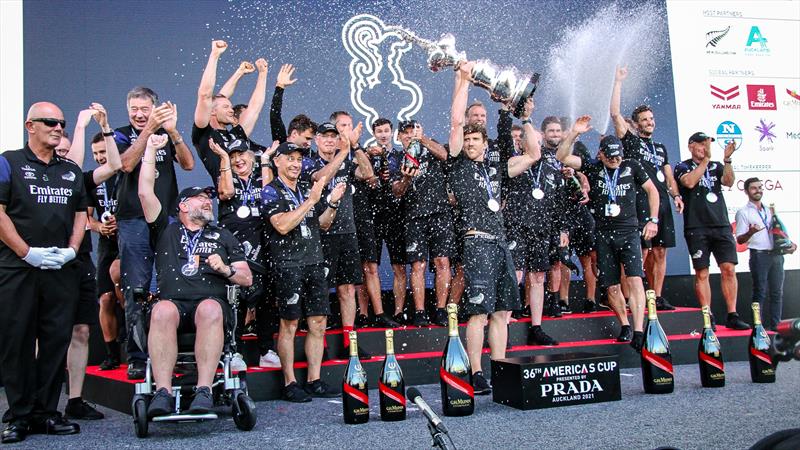 It is a very short list of leaders that can attest to the tenacity and success that Dalts has had in the America’s Cup, through many highs and lows. And as we have seen by many other America’s Cup teams that come and go in this game, they think they have the talent and people to run a team to win, but they don’t. And no one at ETNZ turns up to work every day not to win.

To be clear, as much as we would love to race in Auckland, we would rather win proudly flying the flag of New Zealand, the RNZYS and our team anywhere internationally than to undermine the structure of a winning team and face losing in Auckland. None of us want a repeat of 2003.

As any Kiwi that has travelled understands, you always fly the Kiwi flag prouder when you are doing it offshore. After all, there are significantly more eyeballs to see the remarkable technology and innovation created by ‘the team’ and the country we represent when offshore.

Mr Dunphy has not shown any transparency or consultation with the team and has in no way shape or form, offered confidence in a process that would allow a successful defence of the 37th America’s Cup which once again remains our sole focus, alongside the treatment of our people – without them, we would be nothing, the statement said in conclusion. 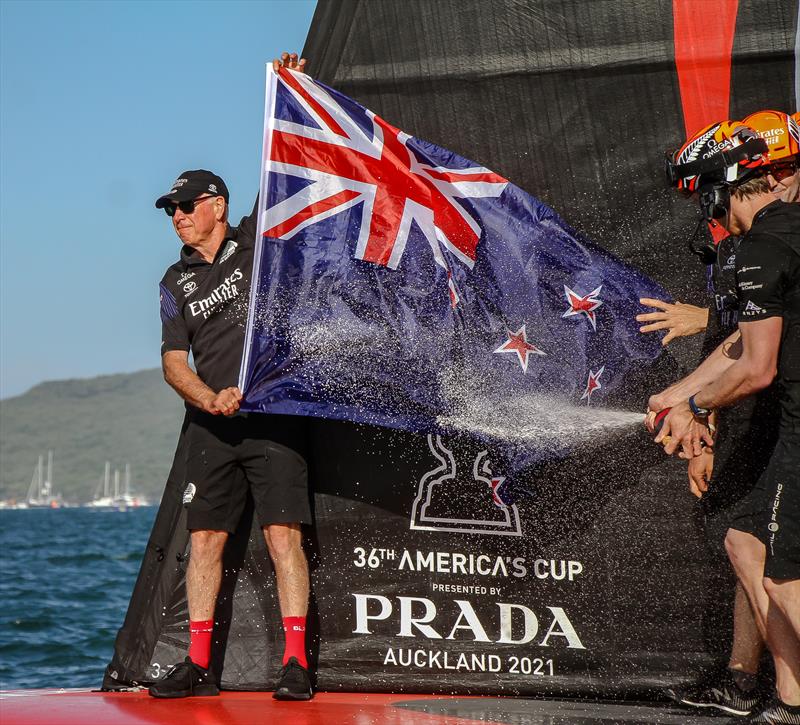 Earlier today NZ Herald rival Stuff.co.nz published an interview with former Emirates Team New Zealand Board Chairman Sir Stephen Tindall on his reaction to the moves that had been made via the Kiwi mainstream media.

Tindall, a long time sponsor and the recently retired Team New Zealand chairman, and one of the country’s most respected businessmen and public figures, has voiced strong support for Dalton amidst calls for him to be removed over the current hosting process.

Rich-lister Mark Dunphy, CEO and chairman of Greymouth petroleum, claims he has a consortium of donors with the money to fund a Team New Zealand defence at home, but that is dependent on Dalton not being involved.

Tindall told Stuff he found the attack on Dalton extraordinary after his period in charge where Team New Zealand have made two challenger finals and won the America’s Cup twice after the team had sunk to an all-time low with their shambolic Auckland loss in 2003.

“I would stand by Grant every time,” Tindall told Stuff.

“I have known him for a long time, worked alongside him, backed him for many years … he is the guy, along with the team and the culture he has created, that is a winner.

“I truly don’t’ believe we could defend the America’s Cup again without him. He’s definitely got the x-factor that the team needs, without a doubt in my mind.”